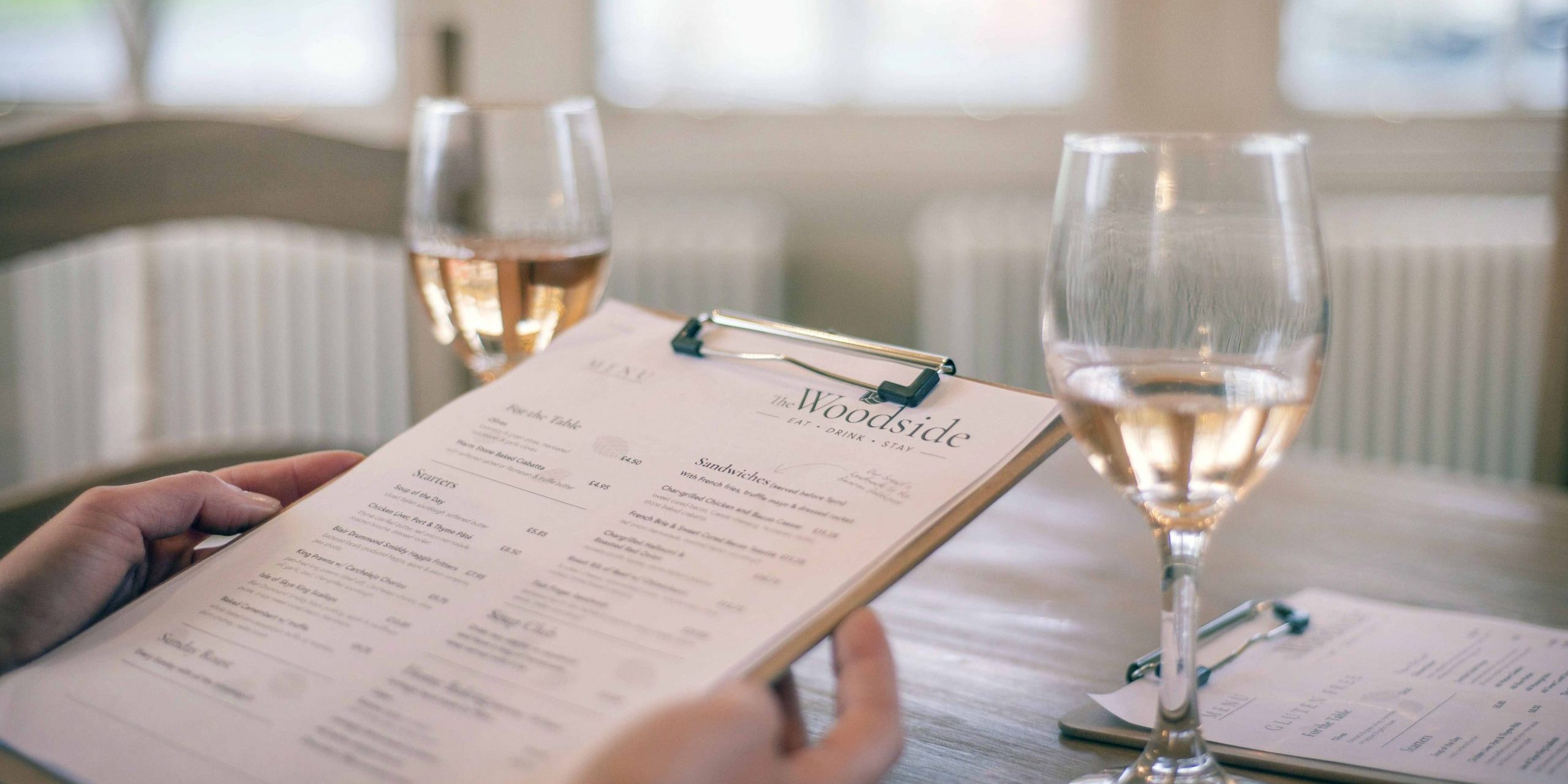 Never has the love of food, drink and above all good times been clearer than at The Woodside in Doune.

Located in the heart of the Forth Valley, the newly renovated property is a showstopper and an example of Scottish Hospitality at its finest! 12 months in the making, the recent refurbishment of The Woodside came with a price tag of 1.4 million pounds, and not a penny of that investment has been wasted.

Open to residents and non-residents alike, The Woodside is sure to be a new hub for the local community. The hotel itself is a beautiful building and the 11 letting rooms are large and spacious. Their new facilities include a pub with a full range of premium beers, lagers, gins, wines, and cocktails. A function suite for events can hold up to 40 people. The Woodside even boasts their own coffee house with hand roasted coffee, and home baking. Their brand-new restaurant provides homemade and locally sourced breakfasts, lunches, and dinners to patrons. Dining is also available outside in their fabulous newly created terrace area.

The Front of House team at The Woodside are all smiles on arrival and nothing is too much trouble. The group is led by General Manager Vicky McInnes and supported by Operations Manager Richard Mcmullan who were responsible for the opening of the Allan Park in Stirling.

At The Woodside the focus is creating great quality, interesting dishes with both Scottish and classical French influences

“Our ethos is simple. Simple things done well. Our food is not “fancy”, you will never see a “foam” on our menus. Anyone can make a burger, but if it is done well it can be a truly wonderful thing.”

This ethos is clearly shared by the culinary crew at the Woodside. The team is led by Executive Chef Robert Cichock alongside Head Chef Craig Symon. Robert Cichock is also heading up the kitchen teams both at the Riverside in Dunblane (with Head Chef James Mason) and the Allan Park in Stirling (with Head Chef Matthew James). Something is clearly working when it comes to this team of chefs: the food is delicious.

So, who are the mysterious pioneers behind this fabulous addition to the local culinary scene? The Riddle’s that’s who! Stuart Riddle, along with his wife Jo, are owners of several hospitality venues, and are creating a portfolio of pubs, restaurants, and hotels.

Stuart started his career working in the kitchens of AA Rosette awarded hotels, later becoming head chef at the 2 AA Rosette Dunain Park Country House Hotel. Stuart went on to impress in various roles including, Menu Development Manager at the Spirit Group, Catering Controller at Bellhaven Pubs and Head of Food Development at Greene King. A resume such as this, has set him in good stead for running The Woodside alongside Jo – a former restaurant manager herself.

“My now wife and I had talked about having a restaurant when I was a young chef and she worked as a restaurant manager in the late 1990’s, but we didn’t feel it was realistic and wouldn’t have known where to start”.

In 2013, Stuart and Joanna started their first hospitality company and embarked on a £700,000 development of the Stirling Arms to create “The Riverside – pub, kitchen & coffee house”.

“After a successful career in the corporate world and surviving several redundancy scares and numerous restructures, we felt we would like to be masters of our own destiny. We also felt that we could do it better than the nationals. At that point, I was 36, I handed back my company car keys, and we created The Riverside”

The Riverside was heavily remodelled to offer a modern 140 cover venue while still retaining the best of its heritage features. Situated on the river in the heart of Dunblane, the new Riverside was a victory, with locals embracing the refurb.

After the success of their Riverside venture, the pair invested £1,200,000 renovating The Allan Park Hotel in 2018. Located in Stirling, it was renamed “The Allan Park – pub, restaurant & coffee house w/ rooms” and transformed into a contemporary 120 cover venue with 8 letting rooms.

In November of 2021 they took ownership of their third property, The Woodside Hotel now known simply as “The Woodside”.

So the intrepid couple have chosen Perthshire as the home for their latest venture. We asked them why they seem so drawn to the area?

“Perthshire is such a captivating part of Scotland. It is home to a wealth of incredible foods, food producers, breweries and distilleries and there’s just so much for our guests to enjoy in the local area”.

It is true that this Hotel is nestled in an enviable location. Situated near the historical Doune Castle, The Woodside makes an excellent base for exploring the Trossachs and Western Highlands. The local area is beautiful as well. From historic spots like The National Wallace Monument to family fun at Blair Drummond Safari Park, there seems to be something for everyone here.

After a day of fun and exploration, it’s all back to The Woodside for a warm welcome in cosy comfort. Stuart and Jo’s fabulous refurbishment of a traditional Doune property, has breathed life into the local area and reinstated an historic community hub to its former glory.

“The Woodside really is our dream come true and we look forward to welcoming you through its doors.” – Stuart & Joanna Riddle

Whatever your reason for visiting The Woodside – a healthy or hearty breakfast, a relaxing overnight base to explore the local area, fantastic food with family in the restaurant, a glass of wine or a local beer with friends in the bar – you can be assured of a friendly welcome from staff who care.

The atmosphere is a success, the food is fantastic, the renovation is tasteful and adds to the character of the building. This place is not to be missed! To find out more info or to experience The Woodside for yourself, please visit their website here: https://www.thewoodsidedoune.co.uk/

Go Forth Working for Stirling
November 21, 2022