Croft and Creel – In with the new 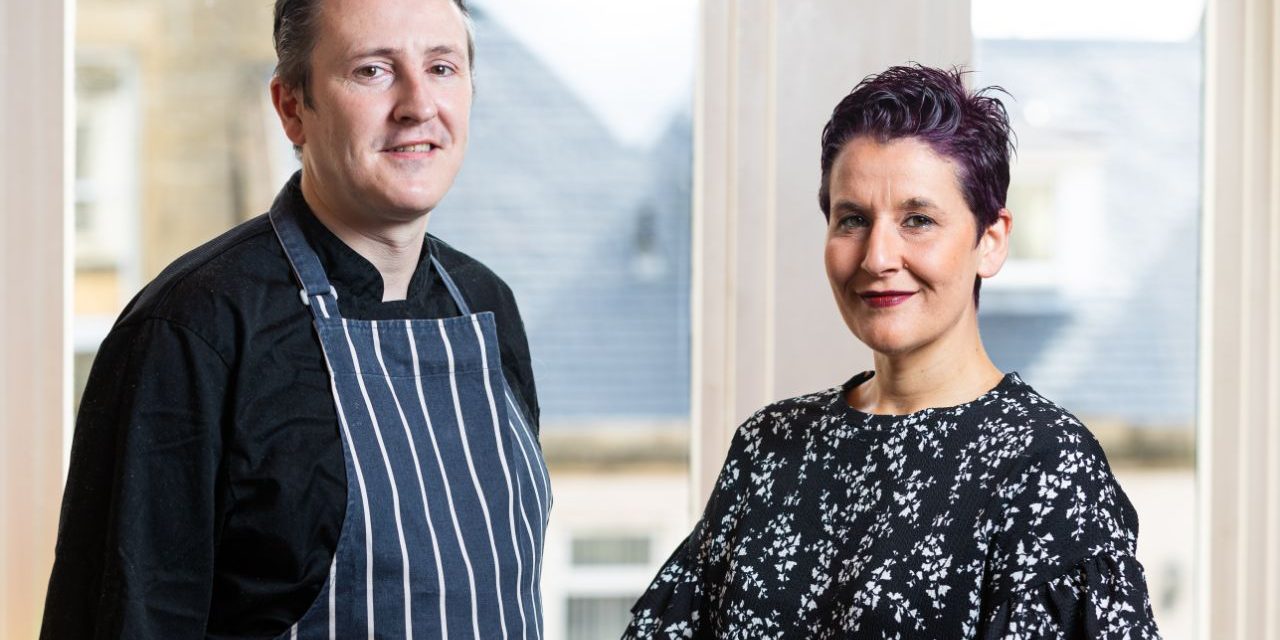 When Alex Leask bought over Pierre’s Restaurant in 2005, he wanted to keep the name and traditions that went with it. As the years have passed, Alex has added his own personal touches to the menu, which now focuses on traditional Scottish cuisine.

Pierre’s had been around in Falkirk since 1979, the same year that Alex was born, so it has been an established restaurant for all of Alex’s life.

When Alex purchased the restaurant, it was known best for French cuisine, and initially it was Alex’s wife, Giovanni, who translated all the menus – luckily she’s half Italian and speaks French as well as English and Italian. The couple came to the Stirlingshire area in 2002 for Giovanna to attend university. It was Alex’s dream to own a restaurant of his own and they began looking for the right establishment across the Central Belt.  Alex’s chef mentality is to produce simple, good food that isn’t too complex, or too fancy. He ensures good sized portions with a guarantee that his guests will never leave hungry.

In the beginning, he was happy to stick to Pierre’s French traditions, but over time Alex was keen to put his own personality into the menu. They moved away from French cuisine and now focus on traditional Scottish foods with a twist. In June 2020, Alex received a call offering him the larger premises above the original Pierre’s Restaurant. The couple quickly made a life-changing decision to move the restaurant upstairs and change its name to suit its new cuisine and style. The Croft and Creel was then born! Alex got a joinery friend to help him and within three weeks the restaurant was taking shape just in time for reopening after lockdown. It now has a modern, Scottish, feel.

The Croft and Creel in Giovanna’s words is “a metaphorical way of saying Surf and Turf, or steak and seafood” It also has ties to Orkney.

She says: “Changing the name puts everything into our own identity, and the food we do.” Alex sources a lot of produce from all over Scotland and makes everything from scratch. Alex leads a small team in the kitchen, and the restaurant employs a team of staff, who they have retained over the years and through lockdown so they try to maintain a good work-life balance. “Hospitality is an intense industry,” says Alex, “and when you’re running a restaurant it is vital to make sure you and your staff don’t get worn out.” Alex says he would never send anything out of his kitchen that is not to his standard of perfection. He also takes requests in advance if a customer would like him to prepare a certain dish and often orders in speciality items for their customers.

The Croft and Creel menu is more or less the same as it was prior to lockdown when they were called Pierre’s. It is Scottish themed with some of the most popular dishes being their Chauteubriand, Scallops and the Scotch Eggs! They are passionate about fresh produce and use a lot of freshly foraged vegetables. Fresh crab and langoustines are delivered throughout the week straight from a fishing boat. And they also do lobster evenings among other themed evenings.

They are delighted they have retained their large customer base but also grown it as many people now realise that they are no longer a French restaurant but a contemporary Scottish restaurant in the heart of Falkirk. They also do a large selection of house cocktails with some of the most popular being the Passionfruit Martini and the French Martini.

The restaurant is closed on Mondays and Tuesdays and open for lunch Wednesday, Thursday, Friday and Sunday and for dinners Wednesday – Saturday.